The David Nicholson Mares’ Hurdle was switched to its current position on day one of the Cheltenham Festival in 2009, and was upgraded to Grade 1 status in 2015.

The race is now run on the Old Course over a distance of about two and a half miles (2 miles, 3 furlongs and 200 yards), and horses will jump nine hurdles in total.

The son of Herbert Charles Denton Nicholson (or ‘Frenchie’ Nicholson), who was also a successful jockey and National Hunt trainer, David Nicholson was nicknamed 'The Duke' by one of his father's grooms, and won the Cheltenham Gold Cup with Charter Party in 1988 and the Queen Mother Champion Chase with Viking Flagship in 1994 and 1995. He retired in 1999.

The David Nicholson Mares’ Hurdle has been dominated by Willie Mullins , who is the most successful trainer in the race’s history.

He successfully saddled Quevega to win the next six renewals following Whiteoak’s victory in the 2008 David Nicholson Mares’ Hurdle, a race that Mullins didn’t have any runners in.

Quevega was retired in May 2014, two months after recording her final win in the David Nicholson Mares’ Hurdle aged 10.

Mullins won the following year’s renewal, though it wasn’t with the hot favourite Annie Power, who was four lengths clear when falling at the final flight of hurdles under Ruby Walsh. Instead, it was the 6/1 chance Glens Melody who prevailed.

The fall of Annie Power was not only a costly one for her jockey, but a blow to punters who had backed her into 2/1-on favourite for the race.

Annie Power was the fourth leg of lots of large multiple placed on horses trained by Mullins who were running on the opening day of the Cheltenham Festival.

The first three runners, Douvan, Un de Sceaux and Faugheen, all won, and it was estimated by bookmakers that the fall of Annie Power saved them upwards of £50 million of payouts.

Mullins won two of the three following renewals of the David Nicholson Mares’ Hurdle, with the Gordon Elliott -trained Apple’s Jade the only horse who has broken that pattern.

Apple’s Jade beat Mullins runners into second and third when winning the 2017 David Nicholson Mares’ Hurdle, but could only manage third place a year later.

In almost an exact replica of Annie Power’s fall, Benie des Dieux lost the 2019 renewal when departing at the last when well clear, leaving the path clear for Roksana to oblige for Dan Skelton.

In terms of Timeform ratings, it usually takes a useful performance to win the David Nicholson Mares’ Hurdle. The best performance was Quevega’s 2009 win, where she won by 14 lengths from United, and recorded a rating classed as smart on Timeform’s scale.

It’s no surprise that the most successful jockey in the David Nicholson Mares’ Hurdle is Ruby Walsh , the number one jockey for Willie Mullins.

Walsh has ridden all-but-one of the yard’s winners, and his record of eight wins in the race is unlikely to be surpassed by any other rider. The only other jockeys to win the race are Jason Maguire (Whiteoak), Paul Townend (Glens Melody), Bryan Cooper (Apple’s Jade) and Harry Skelton (Roksana).

The only other jockeys to win the race are Jason Maguire (Whiteoak), Paul Townend (Glens Melody) and Bryan Cooper (Apple’s Jade). 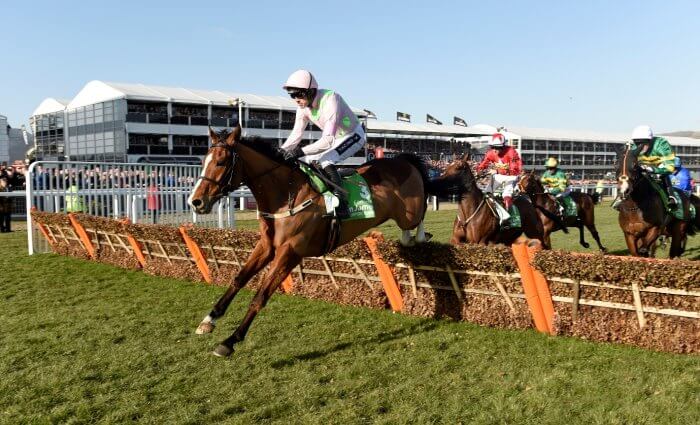