The Glenfarclas Cross Country Chase is a unique test, and takes place on a separate course which is situated on the inside of the two conventional courses at Cheltenham.

The race was initially run as a handicap chase, before the organisers changed it to a conditions event from the 2016 running.

The Glenfarclas Cross Country Chase is scheduled to take place on the second day of the Cheltenham Festival each year.

The race was established when a fourth day was added to the Cheltenham Festival in 2005, and it is now one of three cross-country events to be held at Cheltenham each season – the others take place in November and December.

The most successful horses to have raced in the Glenfarclas Cross Country Chase are Garde Champetre and Balthazar King , both of whom won the race two times.

Garde Champetre was one of the best performers in the cross-country sphere for a number of years, recording no less than six victories on the Cheltenham cross-country track.

Balthazar King was a rare English-trained runner to take so well to this discipline, but he put up one of the best performances in this race on Timeform ratings when recording his second win in the race in 2014, beating the trusty Any Currency by a short head.

Irish trainer Gordon Elliott has seemingly targeted this race in more recent years and has managed to win the last three renewals, the last twice with his Grand National hero Tiger Roll , who provided Gigginstown Stud with their second win in the race following Rivage d’Or’s 2015 success when taking the 2018 renewal, and then their third when winning a year later.

The most successful Glenfarclas Cross Country jockey is Nina Carberry, who has won the race four times, with: Heads Onthe Ground (2007), Garde Champetre (2008, 2009) and Josies Orders (2016). 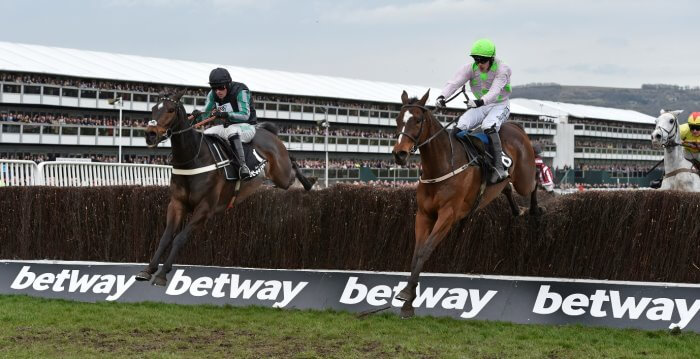