The County Handicap Hurdle falls on the Friday of the Cheltenham Festival, usually known as Gold Cup day. First run in 1920, it was traditionally the meeting’s curtain-closer. It is still run on the fourth and final day, but following a reshuffle of the schedule in 2009, it has been moved from being the last race, to being the second.

The County Hurdle is a Grade 3 race open to horses aged five years and over, and like the preceding race on the Friday card, the Triumph Hurdle, it is raced on the New course, over a distance of just under 2 miles and 1 furlong, and features eight hurdles.

Being a handicap, horses competing in the County Hurdle are subject to a graded system of weights, according to form, age and sex.

In theory, this means a more level playing field and increased competition, allowing less accomplished horses a better chance than they might otherwise have.

The top weight is usually 11 stone 12 pounds, although the bottom weight can vary depending on the strength of the competitors.

As a Grade 3 handicap, the County Hurdle is of a more accessible standard than many of the elite races during the Festival, which makes it a popular race for stables of all sizes in their quest for a Festival win.

Consequently, it usually features in excess of 25 runners, with a record field of 30 going to post in 2005.

The large field also makes it a formidable race for bettors, albeit often a lucrative one for those lucky enough to pick a winner (being a handicap of more than 15 runners, bookies will also pay out on four places at a quarter of the odds, as standard).

Since the turn of the millennium, only one favourite and two joint-favourites have been victorious in the County Hurdle, during which time six horses have won at odds of 20/1 or greater.

Between 1995 and 2016, the race was known as the Vincent O'Brien County Handicap Hurdle, in honour of the great Irish trainer who retired in 1994, having recorded a total of 23 Cheltenham Festival victories – though none of them came in this race.

Unusually for a race with such a long CV, that is not restricted to horses of a specific age, there have been no multiple winners of the County Hurdle in its entire 99-year history.

Its most famous winner this century is probably Rooster Booster – Philip Hobbs’ popular grey gelding, who won in 2002, and went on to finish first and second respectively in the 2003 and 2004 renewals of the Champion Hurdle, all under jockey Richard Johnson .

The title of most successful trainer in the County Hurdle is jointly-held at present, and will likely be contested for a number of years yet, given both parties are still very much at large in the National Hunt sphere.

Special mention should also be given to Jonjo O’Neill , who achieved the feat of winning the race both as a jockey, with Path of Peace (1982) and Jobroke (1986), and again as a trainer with Master Tern (2000). 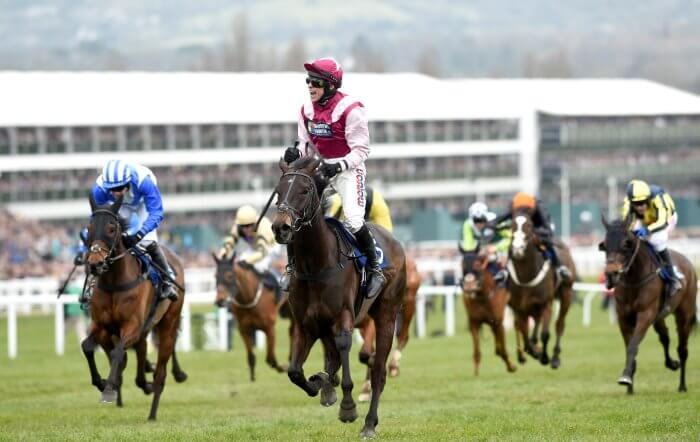 What is the distance of the County Hurdle?

How many obstacles are jumped in the County Hurdle?

What day of the festival is the County Hurdle?

What time is the County Hurdle?

What weights are carried for the County Hurdle?

As it is a traditional National Hunt handicap hurdle, weights range from 11 st 12 lb for the top weight, to 10 st for the bottom weight.

What is the purse for the County Hurdle?

Who is the leading jockey in the County Hurdle?

Who is the leading trainer in the County Hurdle?

Who won the County Hurdle?

You can check out our County Hurdle results page here to see a list of previous winners.

Where can I compare the odds for the County Hurdle?