The Champion Hurdle is a Grade 1 National Hunt hurdle race which takes place each year during the Cheltenham Festival in March, and is the feature race on day one of the meeting, which is also known as Champion Day. Open to horses aged four years or older, the Champion Hurdle is run on the Old Course at Cheltenham over a distance of about two miles and half a furlong (2 miles and 87 yards), with eight hurdles to be jumped.

The first Champion Hurdle was run in 1927, and its inaugural winner, Blaris, was awarded prize money of £365.

The Champion Hurdle was cancelled twice during World War II, but the following years saw a golden period for the race, with National Spirit, Hatton's Grace and Sir Ken among the greatest ever hurdlers.

Indeed, the first two horses have races named after them, at Fontwell and Fairyhouse, respectively.

The 1970s featured the third Champion Hurdle triple winner Persian War and the exploits of double champions in Night Nurse, Monksfield, Bula and Comedy of Errors, who was the first horse to win two non-consecutive titles.

The 1984 winner, Dawn Run, became the second mare to win the Champion Hurdle.

In the same year she also won the Irish and French versions of the event, and two seasons later she won the most prestigious chase in National Hunt racing, the Cheltenham Gold Cup. She remains the only horse to have completed the Champion Hurdle-Gold Cup double.

From 1985 to 1987 the Champion Hurdle was dominated by See You Then, who became the event's fourth three-time winner.

After the following year’s Cheltenham Festival was called off due to foot-and-mouth disease, Istabraq attempted to become the first horse to win four Champion Hurdles, but was well beaten in the 2002 renewal.

In terms of Timeform ratings this century, Annie Power’s winning performance was one of the lesser efforts, though her four and a half length beating of the 2014 runner-up My Tent Or Yours was still a high-class effort.

It was on a par with Katchit’s 2008 success, which was the first for a five-year-old since See You Then’s 1985 victory.

Rock On Ruby’s performance was the best in the race since Istabraq in 1998. Willie Mullins’ four Champion Hurdle wins have all come this century, thanks to Hurricane Fly (2011 and 2013), Faugheen (2015) and Annie Power, but he still has some way to go to catch up with Nicky Henderson who is the leading Champion Hurdle trainer with seven wins.

Buveur d’Air is owned by J.P. McManus, who now has eight wins in the race thanks to the 2019 win of Espoir d’Allen.

Ruby Walsh is the leading Champion Hurdle jockey despite having ridden none of the McManus or Henderson horses. 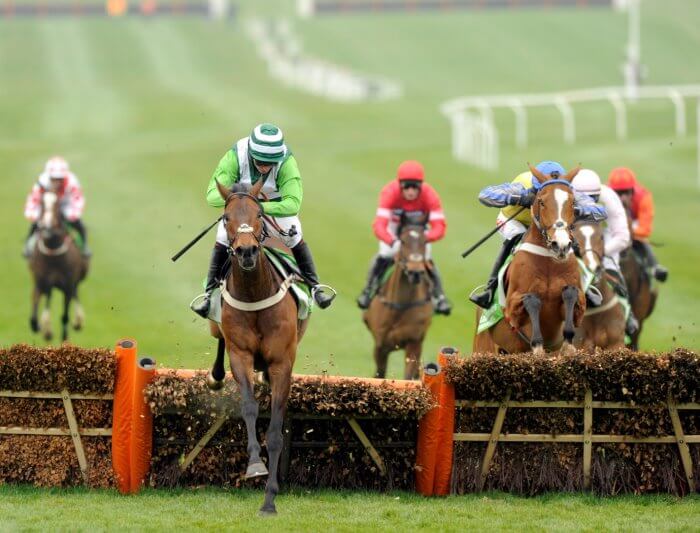