The Champion Bumper is a Grade 1 National Hunt Flat race which takes place at the Cheltenham Festival each year, and is run over a distance of about two miles and half a furlong (2 miles and 87 yards). Open to horses aged between four and six years old, the Champion Bumper was established in 1992 and is run on the Old Course at Cheltenham. It was initially called the Festival Bumper, and had various sponsors in the early years, including Tote and Guinness. However, Weatherbys have been sponsoring the race since 1997 and it is now widely known as the Weatherbys Champion Bumper.

The Champion Bumper is the most prestigious race of its type in the National Hunt calendar, and has been won in the past by some horses that have gone on to be top-class performers over jumps, notably Florida Pearl and Dunguib.

Cue Card and Champagne Fever are two of the more successful winners of the race in recent years, both of whom went on to achieve further success at the Cheltenham Festival, in the Ryanair Chase and Supreme Novices’ Hurdle, respectively.

Cue Card always struck of a horse with any amount of ability, but it took him a few years to get to full capacity.

His victory in the 2013 Ryanair Chase was the best performance on Timeform ratings since the inaugural running in 2005, Cue Card making most and deserving extra credit given the mistakes he made during the race.

His burst of speed between the last two flights left his rivals for dead, beating a high-class performer in First Lieutenant by nine lengths.

Cue Card went on to win six more times at the highest level – including three wins in the Betfair Chase at Haydock – and was arguably in with a very good chance of winning the Cheltenham Gold Cup in 2016, still travelling ominously well and moving upsides the leaders when making a rare jumping lapse three from home.

The 2019 renewal of the Champion Bumper was won by Envoi Allen, who was well backed ahead of the race and rewarded backers with a second win in the race for trainer Gordon Elliott.

The most successful Champion Bumper jockey is

The most successful Champion Bumper jockey is Ruby Walsh, who has tasted success in the race three times, with: Alexander Banquet (1998), Missed That (2005) and Briar Hill (2013). 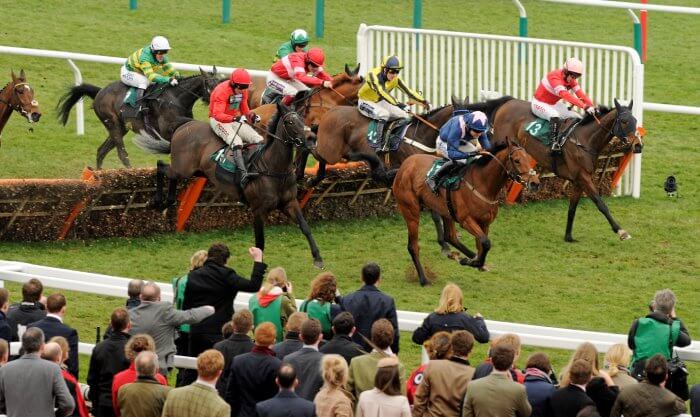