The Ballymore Novices Hurdle is a Grade 1 National Hunt hurdle race which takes place each year during the Cheltenham Festival in March. Open to horses four years and older who are novices (meaning they hadn’t won a race over hurdles prior to that season), the Ballymore Novices’ Hurdle is run on the Old Course at Cheltenham over a distance of about two miles and five furlongs (2 miles 5 furlongs and 26 yards), with 10 hurdles to be jumped.

The Ballymore Novices’ Hurdle is the first race on day two of the Cheltenham Festival.

The race was first established in 1971, and was won by the Harry Thomson Jones-trained Midsprite under jockey Macer Gifford.

In 1974, Sun Alliance (an insurance company which was later know as Royal & Sun Alliance) began sponsoring the race and as a result the contest became known as the Sun Alliance Novices’ Hurdle.

The association lasted over 30 years until Ballymore Properties backed the event for the first time in 2006.

Just four years later, Neptune Investment Management took over the reins as main sponsor, and the race was run under their banner for seven years, before Ballymore resumed sponsorship for the 2018 running. Their support was well-founded when City Island – trained by Martin Brassil and owned by Founder and Group Chief Executive of Ballymore, Sean Mulryan – won the 2019 renewal.

Faugheen produced one of the best performances in the Ballymore Novices’ Hurdle since the turn of the century when successful in 2014, beating Ballyalton by four and a half lengths under Ruby Walsh, overcoming a bad mistake at the third last in the process.

Faugheen also went on to win the Champion Hurdle at the Cheltenham Festival the following year, further enhancing the record of winners of the Ballymore Novices’ Hurdle that go on to do well in that race.

More recently, the Gordon Elliott-trained Samcro was another impressive winner of the Ballymore Novices’ Hurdle when sauntering clear of his rivals to win the 2018 renewal. He produced the best performance in the race since the aforementioned Faugheen when readily justifying favouritism.

The most successful Ballymore Novices’ Hurdle trainer in recent times is Willie Mullins , who has won the race four times, with: Fiveforthree (2008), Mikael d’Haguenet (2009), Faugheen (2014) and Yorkhill (2016). 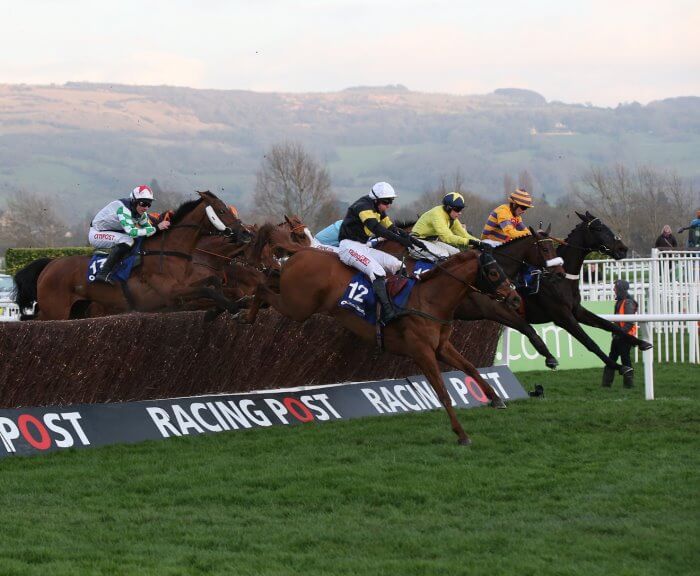