The Arkle Challenge Trophy – sometimes known as just the ‘Arkle’ - is a Grade 1 National Hunt steeplechase which takes place each year during the Cheltenham Festival in March. In November 2020, it was announced that Sporting Life would be the new sponsor of the race.

First run in 1969 as a replacement for the Cotswold Chase, a previous event at the Cheltenham Festival which had been around since 1946, the race’s title pays tribute to Arkle, a three-time winner of the Cheltenham Gold Cup in the mid-1960s.

The Arkle Challenge Trophy has a history of being won multiple times by trainers and jockeys - Martin Pipe notched up successive wins with Or Royal in 1997 and Champleve in 1998, before Well Chief in 2004 and Contraband a year later gave him two more wins, with the latter beating 18 other horses.

A.P. McCoy equalled Jamie Osborne’s three wins in 2004 when scoring on Well Chief, having also been aboard Or Royal and Champleve. Now a trainer, Osborne recorded a hat-trick as a jockey between 1992 and 1994, on Young Pokey, Travado, and Nakir for three different trainers, Oliver Sherwood, Nicky Henderson and Simon Christian.

As a result of Henderson’s success, Barry Geraghty – who rides most horses for the yard - is the leading rider in the race having registered four victories, with Moscow Flyer (2002), Forpadytheplasterer (2009), Sprinter Sacre and Simonsig .

Willie Mullins has dominated the race in recent years, thanks to victories for Un de Sceaux in 2015, Douvan in 2016 and Footpad in 2018, all of whom produced top-class performances on Timeform’s scale and were ridden by Ruby Walsh . Mullins added another in 2019 – courtesy of Duc des Genievres – though he was ridden by Paul Townend.

The Nicky Henderson-trained Altior interrupted the winning run of Mullins, and while his performance wasn’t as good, he successfully returned to the Cheltenham Festival in both 2018 and 2019 to record wins in the Queen Mother Champion Chase.

Indeed, the Arkle Challenge Trophy brings together the best two-mile novice chasers, so it’s only natural that many will go on to become the best two-mile chasers when stepping out of novice company the following season. 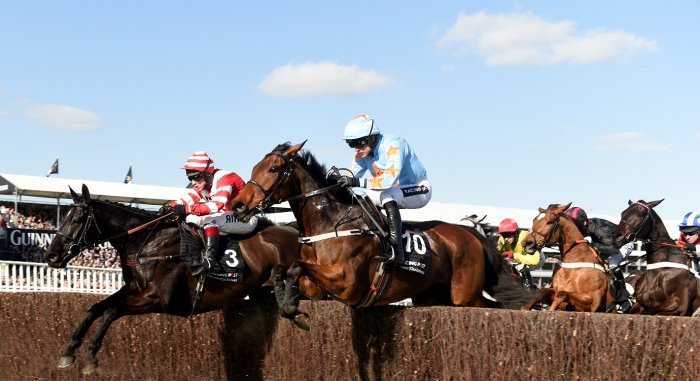