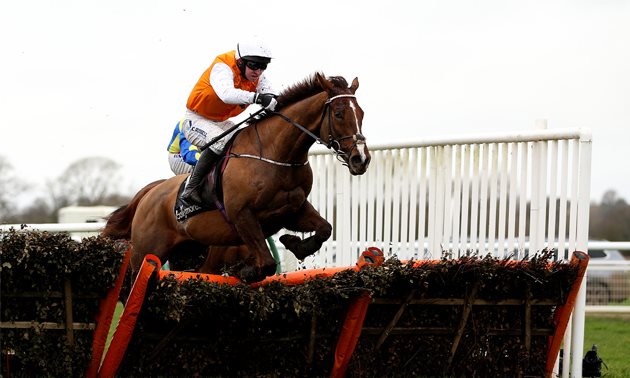 Decor Irlandais will head straight to the Cheltenham Festival following his fine effort in defeat at Warwick.

However, the seven-year-old proved he belongs at that level - hitting the front in the home straight before being caught in the closing stages by the Nigel Twiston-Davies-trained Mossy Fen.

A gutsy Mossy Fen digs deep to get the better of Decor Irlandais to secure the Grade 2 Ballymore Leamington Novices' Hurdle for @NigelTwistonDav 👏👏 pic.twitter.com/4ULkdMEilh

Kelly said: "It was great to see him run so well. We can go to Cheltenham now and expect a good day out, which for a small yard like ours is brilliant.

"He's come home well and seems in very good form. We'll give him 10 days off and then light him up for Cheltenham and hope to get a good rattle out of him.

"You won't see him run before Cheltenham. We'll give him two good gallops somewhere, and go straight there."

"I think he'll learn a lot from his run the other day," said the Draperstown trainer.

"It's the first time he's been in a proper race, and he was probably in front a bit too soon.

"He's won his other races handily enough, and we haven't got anything that can get him off the bridle at home - he does everything too easy, that's the problem."

Kelly will consider several options at Prestbury Park when Decor Irlandais makes the trip over from Ireland in March, but his two favoured targets are the Ballymore Novices' Hurdle and the Albert Bartlett.

"We'll probably go for one of the better races (rather than a handicap), because there'll be a smaller field, and we'll try to run into a place," he added.

"If he could run into a place we'd be delighted - and anything after that would be a bonus.

"You think Cheltenham is still a long way off, but really it's only round the corner."