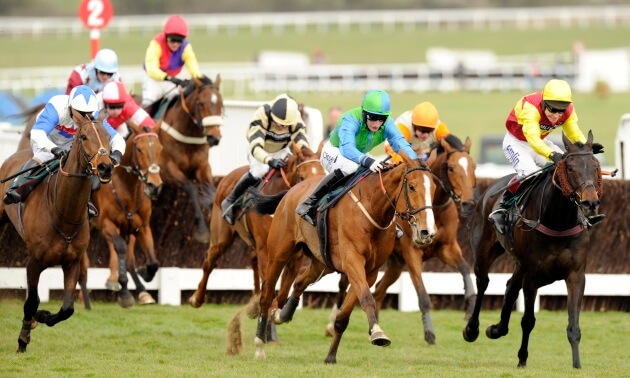 Phil Kirby is confident Top Ville Ben deserves his entry in the Cheltenham Gold Cup after a decisive win at Wetherby over Christmas.

The eight-year-old bolted up in the Rowland Meyrick Chase, having been agonisingly reeled in previously when he had appeared to have Newcastle's Rehearsal Chase at his mercy.

His new handicap mark of 164 leaves little room for manoeuvre, so Kirby plans to test his Graded potential in either the Denman Chase at Newbury or the Cotswold Chase at Cheltenham.

"I think he had to have an entry (in the Gold Cup) - we'd have been silly not to put him in, and we'll see what it looks like nearer the time," said Kirby.

"He'll have another run before it - in either the Cotswold Chase or the Denman, I would think - and that will make my mind up.

"If he can hold his own at that level then he'll probably go and take his chance. I don't see any reason why he shouldn't have the opportunity."

Top Ville Ben's next run will therefore be highly informative for all.

Kirby added: "We can see if he's a Gold Cup horse this year, and if he's not we might have a National horse for next year.

"He's going the right way. He probably has to improve another 10lb, because he's on 164, but if he gets towards 170 then he's got a realistic chance.

"The plan will be to run him if he holds his own in his next race."