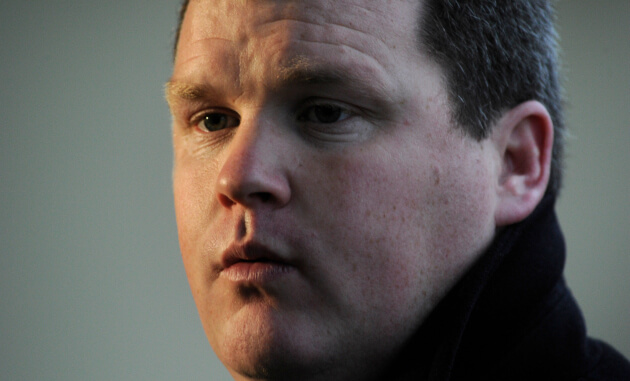 Ard Abhainn appears to have earned her place on Gordon Elliott's Cheltenham Festival team after completing a Thurles treble for the trainer with victory in the Irish Stallion Farms EBF Boreen Belle Mares Novice Hurdle.

A field of nine runners went to post for the Listed feature, with Ard Abhainn the 7-4 favourite to build on a fine performance when third behind the high-class Minella Melody at Punchestown last month.

There were three in line jumping the first flight in the home straight, with Ard Abhainn joined by the Willie Mullins-trained Rebel Og and Paul Hennessy's star mare Heaven Help Us.

Elliott's charge asserted on the run to the final obstacle, however, and found plenty for Davy Russell on the run-in to beat the former by three lengths.

"I thought the trip was a bit short for her and she missed the third last, but Davy was happy with her. She is honest and stays galloping," said Elliott.

"We'll see how she is and I'd say the further she goes, the better she'll be.

"She is a valuable broodmare now, having been Listed placed and is now a Listed winner and will definitely be going to Cheltenham, probably for the mares' novices' hurdle."

The Cullentra handler had earlier enjoyed success with Elwood and Tronador.

Elwood led home a Gigginstown House Stud one-two in the www.thurlesraces.ie Beginners Chase, with the 9-2 chance passing the post two and and three-quarter lengths clear of Henry de Bromhead's 11-8 favourite Mormon in the hands of Jack Kennedy.

"It ended up suiting us as they all fell apart and we picked the pieces up, although Eddie Harty's horse (Advantage Point) looked like he had the winning of it when he fell two out.

"He (Elwood) is more of a handicapper than a graded horse."

Asked whether the Fred Winter Juvenile Hurdle at Cheltenham could be a target, Elliott said: "We'll find something small and see where we go. We can dream with him and that's what this game is all about."