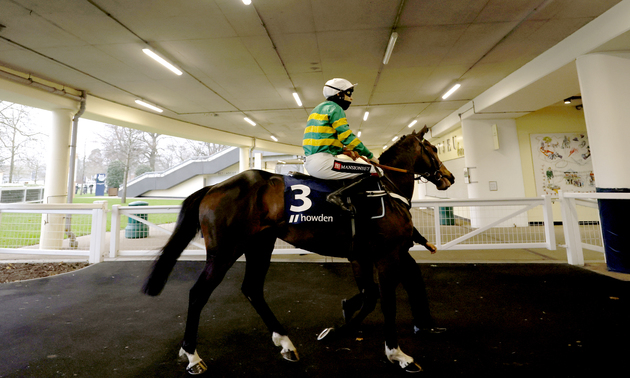 Andrew Asquith looks ahead to the 2023 Arkle Novices' Chase and fancies one who should relish the challenge.

A brother to Douvan, Jonbon has always been in the limelight - he fetched £570,000 after winning his sole start in points - and is a horse who possesses plenty of ability, despite being brushed aside by his outstanding stablemate Constitution Hill in the Supreme Novices’ Hurdle. He may have lost his unbeaten record at Cheltenham, but he emerged with plenty of credit against one well out of the ordinary.

Jonbon is a well-made sort, taller than Constitution Hill, and you imagine that their paths will diverge next season with Jonbon making the switch to fences. His jumping is one of his best attributes over hurdles, so you would expect him to make a smooth transition. He will reportedly head to Aintree next month, where he won’t have Constitution Hill to worry about, and that will give him a good opportunity to sign off over hurdles with a win.

Appreciate It, who was an impressive winner of the Supreme Novices’ Hurdle in 2021, has endured an interrupted campaign this time round following an early-season setback, and he faced a tough task making his reappearance from a year off in the Champion Hurdle.

He was a little sweaty and looked like he would come forward for the run in the paddock, too, and his jumping in the race left the impression he may have been schooling over fences. Appreciate It travelled well enough but understandably found things a little too tough when the race began in earnest. He will presumably head to Punchestown next month where he can be expected to take a step forward, but he remains an exciting prospect for chasing next season.

His stablemate Kilcruit also has the physique of a chaser. A runner-up to Sir Gerhard in the Champion Bumper last year, he reversed that form at the Punchestown Festival on his next start, but he took longer than anticipated to open his account over hurdles, beaten on his first two starts at prohibitive odds before routing his opposition in a maiden hurdle in January.

Kilcruit ran creditably on his first start in graded company over hurdles when third to Constitution Hill and Jonbon at Cheltenham, though he never really looked like getting involved, leaving the impression he may well be suited by a return to further. He rates the type that may better his form over fences, however, and is another to throw into the mix.

The one that stands out at this stage is Jonbon. He was a little hot-headed in his early days but appears to be settling down by the run and is very much the type to reach a high rank in novice chases in 2023, so a double-figure price for the Arkle is well worth taking.